Inside the Mind of an Identity Thief

Inside the Mind of an Identity Thief

You’ve got a secret admirer, and he thinks you’re unique. But that’s not a good thing: Your secret admirer is an identity thief, and he (or she) wants your identity.

Like many of us, you probably believe you are unique – that your identity is yours alone. Unfortunately, there are 9 million Americans who believed the same thing – and then they met our identity thief.

Even if you think you’re a savvy individual, who takes all the right precautions to avoid having your identity stolen, you’ll probably be surprised that you, like most of us, may actually be making it easier for these criminals.

Here’s our identity thief to explain how: 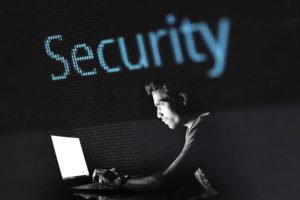 Ever since social media has taken off, my job has gotten much easier. (Thanks for accepting my friend request, by the way. I guess you saw we had some mutual friends and figured we must have met.)

I couldn’t hit the “Like” button enough to express my gratitude to social media users’ status updates and tweets. Thank you for sharing every moment of your life, especially big ones like weddings, birthdays, and vacations.

I love it when you share photos while vacationing in Hawaii. A few months ago I got your address from your profile and was on standby to go through your garbage as soon as you left for vacation. You really should shred that information before you throw it out, you know. My colleagues and I don’t mind getting a bit dirty for all the money we’ll collect providing people with false identities.

Oh, and even if your address isn’t on your profile, it’s likely to come up on some site or other. It’ll just take a little extra digging. But wait … you put your phone number on your Facebook profile. I’ll just Google it and find your address that way.

Your birthday is on your profile, too. So’s your anniversary. And did you know the names of family members’ are among the most frequently used answers to security questions?  As for those significant dates? Well, they make good – that is, easy to crack – PIN numbers. Oh, and thanks for paying for your Hawaiian trip on your credit card.

Smartphones are aptly named – they’re incredibly smart, bursting with information about you. They’re basically tiny computers, but for some reason, nobody ever installs antivirus software or enables password protection. Not that those would stop me, but it does make things easier for me when you don’t have them: That’s why smartphone users are one-third more likely to have their identities stolen.

Your bank app is on there, important anniversaries and dates, apps for your favorite stores with your credit card info stored for convenient one-touch purchasing, emails and more. What really makes my day, though, is when you use the fake wireless hotspot I created at your favorite coffee place. Great … A cappuccino and an easy hack into your phone.

And a new identity for me! There’s nothing like a newborn baby’s social security number. And please do give everyone that number: The doctor’s office, the tax man, government programs – just about everyone wants it. Especially me. There’s so much I can do with it. It’s likely your child won’t have their credit report pulled until 18 years from now; in fact, children shouldn’t have credit reports. But if by any chance yours does, that means I’ve already opened up a line of credit in the child’s name.