Not in a Flood Zone – Is it accurate 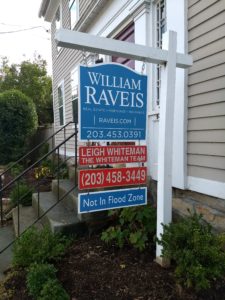 Not in a Flood Zone – Is it accurate ?

If you’re in a flood zone OTHER than B,C, or X you will not be required to buy flood insurance.

If you do not have a mortgage, no flood insurance requirement.

This house at 54 Water Street in Guilford, CT 06437 is currently for sale, and advertised as not being in the flood zone. This is partly true, because it is in the X flood zone, which is low risk. It’s still in a flood zone, though.

It’s cheap for a reason, because it’s an area that is not prone to flooding. For more on flood zones read below:

SFHA are defined as the area that will be inundated by the flood event having a 1-percent chance of being equaled or exceeded in any given year. The 1-percent annual chance flood is also referred to as the base flood or 100-year flood.

Moderate flood hazard areas, labeled Zone B or Zone X (shaded) are also shown on the FIRM, and are the areas between the limits of the base flood and the 0.2-percent-annual-chance (or 500-year) flood.

The areas of minimal flood hazard, which are the areas outside the SFHA and higher than the elevation of the 0.2-percent-annual-chance flood, are labeled Zone C or Zone X (unshaded).