Protect Against Larceny With Crime Coverage

Protect Against Larceny With Crime Coverage 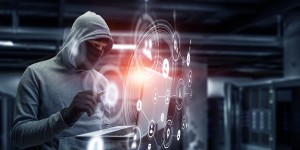 Employee Theft covers any kind of theft by an employee and isn’t limited to theft of cash.

Forgery and Alteration applies to third parties, including contractors who are in your workplace for cleaning, construction or repairs and who steal your checks. Coverage is provided for checks drawn on your account or the account of any party who acts as your agent. Checks include drafts, promissory notes, and orders or directions to pay money.

Inside the Premises – Theft of Money and Securities includes money (defined as currency, coin or bank notes in current use with a face value) as well as traveler’s checks, register checks and money orders held for sale. Cashier’s checks are not considered money.

Securities are defined as negotiable and non-negotiable instruments that represent money or property, including commodities such as grain and tokens and stamps (even stamps in a postage meter). Securities can also be evidence of debt related to credit or charge cards, but only if the evidence of debt is against a card not issued to the insured.

“Inside the premises” encompasses your place of business and your banking institutions. If your bookkeeper is taking checks to the bank and they’re stolen, you are covered.

You are also covered for an attempted or actual theft from locked safes, vaults, cash registers, cash boxes and cash drawers inside the premises as well as for the disappearance or destruction of money or securities.

Inside the Premises – Robbery or Safe Burglary of Other Property covers you against robbery (the unlawful taking of covered property from someone having custody of it, where actual bodily harm or threat of bodily harm is involved). It can also be an obviously unlawful act witnessed by the person having custody of the covered property. Safe burglary requires evidence of forcible entry into or the removal of the entire safe or vault from the premises.

Outside the Premises is literally anywhere outside your business. Coverage is provided for theft, disappearance, and destruction while outside the premises and in the custody of a messenger or armored car company. Coverage includes theft, robbery or other instances of accidental loss.

Funds Transfer Fraud provides coverage for loss of funds resulting directly from a fraudulent instruction directing a financial institution to transfer, pay or deliver funds from the insured’s transfer account.