How to Reduce the Chances of Employee Theft

How to Reduce the Chances of Employee Theft 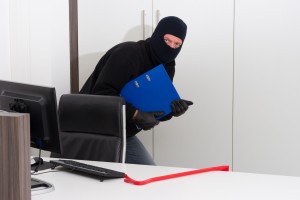 Your belief that “my organization is immune to fraud” may cost you thousands of dollars, or even destroy your business.

Fraud is a global problem. According to the Association of Certified Fraud Examiners’ (ACFE) 2012 Report to the Nations, the typical organization loses 5 percent of its revenues to fraud annually. In global terms, that’s $3.5 trillion in 2011 – the most recent information available. The median loss of cases reported to ACFE was $140,000, but more than one-fifth of reported cases had losses exceeding $1 million.

At the top of the list of those companies most affected by occupational fraud is small business, which, according to the report, suffers the highest median losses. Almost half of the companies who fell victim to fraud in 2011 didn’t recover any of their losses caused by fraud.

What the report doesn’t highlight is the feelings of betrayal on the part of employers who have discovered that a trusted employee has bilked them of their hard-won revenue.

So how can you spot a fraudster in your midst?

They are usually in high-level positions, and the vast majority of those fraudsters known to ACFE worked in the accounting, operations, sales, executive/upper management, customer service, and purchasing departments. More than 80 percent were first-time offenders, and on average, the fraudulent behavior went on for a-year-and-a-half or longer.

Here are several tips to help your organization combat fraud:

Institute a fraud-reporting hotline. Tips from employees, vendors, and customers accounted for 50 percent of detected frauds in 2011.

Don’t expect internal audits to catch every fraud. Only some 16 percent of frauds were identified by audits.

Don’t be lulled by background checks.  Fewer than 6 percent had previous fraud convictions, and that number has shrunk over the years.

Watch for lifestyle indicators. The two most common are employees who are experiencing financial difficulties and those living beyond their means. In 36 percent of the study cases, employees were living a lifestyle far above their salaries. Employees who steal are often “control freaks.” They often refuse to allow oversight. Watch for that “Do not question me” attitude or for employees who refuse to take vacations. If you suspect substance abuse or other personal problems, heighten internal controls.  Refer such workers to employee assistance programs if your organization offers this benefit.

Prohibit and monitor employees’ vendor relationships. Almost 20 percent of fraudsters had unusually close relationships with vendors or customers. Kickback-type losses can be costly.

Never assume. Don’t think your employees are too loyal or that you treat them too well for them to steal. Most employees are trustworthy. However, one worker with personal problems or a grudge can devastate your business. The best way to prevent fraud is to be aware. Most importantly, bulletproof your business with insurance coverage designed to protect against these types of losses.