The Story of Daylight Saving Time

The Story of Daylight Saving Time 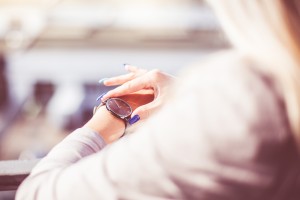 Spring ahead and fall back. It’s a little ditty that’s been used for nearly 100 years to remind people which way to turn their clocks twice a year. But daylight saving time (DST) is often misunderstood.

Benjamin Franklin is usually given credit for creating DST, but the idea was actually presented by William Willet, a house builder in London, England. The concept never gained acceptance during his lifetime, but it was finally implemented during the First World War to save coal. The United States and other nations soon followed suit but only on an optional schedule, which led to some confusion.

In 1966, Congress ended the confusion by requiring that DST be implemented uniformly, although Arizona, Hawaii and Indiana still opted for their own systems.

Today, more than 70 nations recognize DST, including most industrialized nations except for Japan. In most states, DST begins this year on Sunday, March 13 and ends on Sunday, November 6.

Don’t forget to set your clocks back this Sunday!

Critics argue the additional hour of daylight results only in confusion, people being late for work and missed appointments, while advocates cite the positives to be derived from energy savings, as well as health benefits from increased exposure to sunlight.