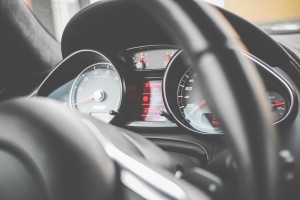 Historically, auto insurance was created to protect drivers’ financial interests. Its basic principles remain the same, but now the auto insurance industry is using technology to help policyholders save money and drive safely. Here are a few of those innovations:

Devices placed in a policyholder’s car allow insurers to track mileage and driving behavior, important factors used when calculating premiums. The devices monitor mileage and habits such as speeding, and how often and how hard brakes are applied. Since these programs were initiated, newer technology has resulted in improvements, such as the MyRate program, in which information is wirelessly transmitted over cellphone networks.

One way to save money is to avoid accidents, but reactions to potential dangers vary. Driving simulators allow new drivers – especially teenagers – to practice their reactions in a safe environment. It also offers parents discounts on the premiums they pay for teenaged drivers.

Used during safety tests so scientists understand how different crash types impact the human body, crash test dummies now more closely resemble humans and include ribs that break and spines that curve like ours.

Key2SafeDriving is a smartphone app that installs a device in the vehicle and places phones into “safe driving mode” when the car is being driven. Other apps, such as SaferCar, provide vehicle safety ratings, and RepairPal locates mechanics and requests repair estimates.