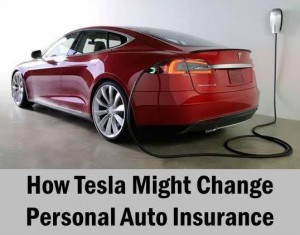 The original article written by Rakesh Sharma was published by Investopedia on April 10, 2017.

Will Tesla, Inc.’s Autopilot be a game changer for the auto insurance industry? That seems to be the case.

Up until now, Tesla owners have had to fork out more insurance money compared with owners of other car models. This is mainly due to peculiarities of insurance calculation methods. For example, expensive cars tend to carry greater insurance costs. Both Tesla models released so far – the Model S and Model X – have premium price ranges. Electric cars are also more expensive compared with their gas counterparts. A cost comparison between different car models insured by GEICO in New York revealed that electric cars are 1.23 times more expensive compared with regular cars.

But the introduction of self-driving hardware and Autopilot features in the Model 3 might change that equation. There are a couple of reasons for this. For starters, the Autopilot feature has seen a change of fortunes in perception. It had a bruising 2016, when it was blamed for the death of a Tesla driver on a Florida highway. Lately, however, Autopliot has generated positive headlines as analysts, media and even the National Highway Transportation Safety Administration (NHTSA) have reposed confidence in it. (See also: Tesla Autopilot Cleared of Florida Crash by NHTSA.)

According to the NHTSA, the introduction of autosteer, a key component of Autopilot, has reduced the risk of accidents for Tesla cars by 40 percent. Morgan Stanley analyst Adam Jonas has hiked his price target for Tesla based on an assessment of safety features for the Model 3, Tesla’s upcoming mass-market electric car. According to Jonas, the electric car will provide “superhuman” safety to its passengers and will be ten times safer than current cars on the road. (See also: Tesla Model 3 Could Become Safest Car on the Road.)

The Model 3 is also much cheaper compared with other Tesla cars. It has a starting price of $35,000, which is more in line with prices for other mass-market models than with other Tesla models. For an additional cost of $4,000, customers can also choose to equip their Model 3 with self-driving hardware.

All of this means that the corresponding risk associated with driving a Tesla Model 3 car will significantly decline compared with the risk associated with driving a regular car. In turn, this should mean that insurance for Tesla owners will become less expensive. Some estimates peg insurance costs for the Model 3 at $1,530 annually, a figure that is in line with other models of its price range.

Once Model 3 shows the way, federal mandates for Advanced Driver Assistance Systems (ADAS) will force other car manufacturers to play catch-up. In turn, this should further drive down accident rates and insurance premiums for electric cars. The result will be a reversal of the current paradigm in which the inclusion of Autopilot features drives up car costs and consequently insurance premiums.

The long-term prognosis for the personal auto insurance industry does not look too good. A study by consultancy KPMG concludes that the personal auto sector will shrink to 40 percent of its current size in the next 25 years due to falling premiums. “A continual decline in accident frequency will drive a drop in industry costs,” the study’s authors write.

The Oracle of Omaha Warren Buffett, whose Berkshire Hathaway Inc. owns GEICO, weighed in on the matter recently. “If the day comes when a significant portion of the cars are autonomous, it will hurt GEICO’s business very significantly,” he told CNBC.

The day may come when a “significant portion of the cars are automous.” But in the meantime, you still need traditional auto coverage. So let’s make sure you have the right balance of protection and affordability. We’re happy to review your current car insurance and make sure you understand what your policy covers, whether or not you have enough liability insurance, and check for all available discounts!