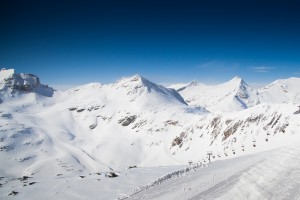 Like it or not, winter officially arrives on December 21. The date, known as “winter solstice” or “midwinter” is the shortest day and longest night of the year. In the Northern Hemisphere, the sun is at the most southern point in the sky during the solstice.

While the date is still recognized, it doesn’t hold the same significance as it did centuries ago. Then, people weren’t certain they would live through the winter, when crops couldn’t be harvested and food was scarce.

Both then and now, events have been held coinciding with the winter solstice. In many, the focus has been on light to break up the coming darkness. In the Festival of the Sun, observed in ancient times by the Incas, priests symbolically tied the sun to a stone structure (one of which can still be seen at Machu Picchu in Peru) to prevent it from escaping.

The annual sunrise observance at Stonehenge in Wiltshire, England, occurs on the winter solstice, while some see significance in the lights of Hanukkah (such as the lighting of the menorah around solstice time) and the light-covered Christmas tree.

This year’s winter solstice carries some significance for Doomsday believers, who fear the world will end on December 21, 2016. The Mayan calendar shows a set of zeros on this day, leading some to believe it predicts a world-ending catastrophe.

Most experts debunk this theory. Like the fears surrounding the dawn of the new millennium, this end-of-the-world prediction is sure to be grossly exaggerated.